Written by Admin Published on February 7, 2022 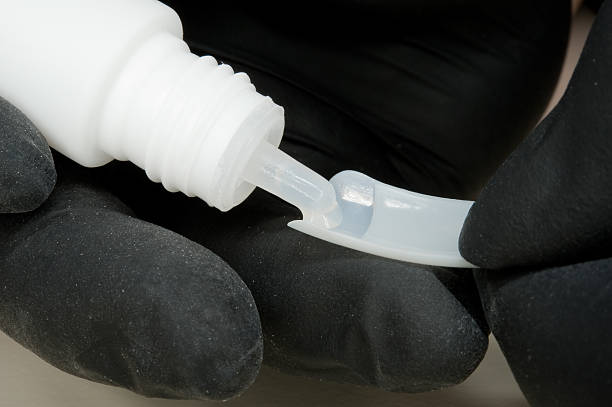 The easiest way to apply fake nails or press-on nails is with nail glue. The method is often used by me and many other nail technicians.

There are some drawbacks to nail glue, including allergies and being harsh on the nails for some people.

Now, there is a way you can apply fake nails or press-on nails in other ways, and I am going to discuss these methods of nail glue alternatives in detail in this article.

Top nail glue Alternatives and Substitutes are given below:

Glue fake nails or Press on Nails onto your nails using nail tabs. These tapes are specifically made for this purpose. Different sizes are available, so they can be adjusted to fit the size of your nails.

As for their main drawback, nail tabs aren’t as sturdy and long-lasting as nail glue. However, they are milder and gentler on your nails, while still allowing you to reuse your Press on Nails afterward.

A mixture of acrylics (more durable and longer-lasting than acrylic glue):

Fake or Press On Nails can be glued to your nails using an acrylic mix. When I refer to Acrylic Mixture, I am speaking of the liquid and powder mixture used to create acrylic nails.

You can glue on your Press-On or Fake Nails with Acrylics because it is the most durable and long-lasting method.

Application of Acrylic mixture as a nail glue:

Firstly, you need to prepare your nails by washing them gently with warm water and soap.

Secondly, push your cuticles back with a cuticle pusher and remove any cuticles on your nails.

Next, you need to clean your nails with either acetone or rubbing alcohol.

Apply a coat of no-lift nail primer to your nails if you have one.

You should then soak your brush in the acrylic liquid and dip it in acrylic powder. Making a semi-solid bead.

Cover your nails with fake or press-on nails after you apply the beads.

Lastly, hold the Press on Nails in Place for 10-15 seconds until the acrylic dries.

You can use Gel Nail Polish as an adhesive to fix Press On or Fake Nails in some cases.

However, the main issue with Gel Nail Polish is that it isn’t very consistent as glue. Because of this, its strength depends on the nails’ color.

If your fake nails do not have an opaque or very dark color, then Gel Polish is suitable for them. The UV/LED light won’t pass through a very dark-colored Press On Nail and cure the polish, so it won’t be able to cure the polish.

Press on Nails that are somewhat transparent or clear can be attached to the nails with Gel Polish allowing them to remain for 1-2 weeks.

Nail glue Alternatives made at home:

A simple DIY Nail Glue can be made by mixing clear glue with a base coat of clear nail polish.

However, this glue is not very strong. However, depending on how much activity you do, you should be able to hold your fake nails for about a day or so.